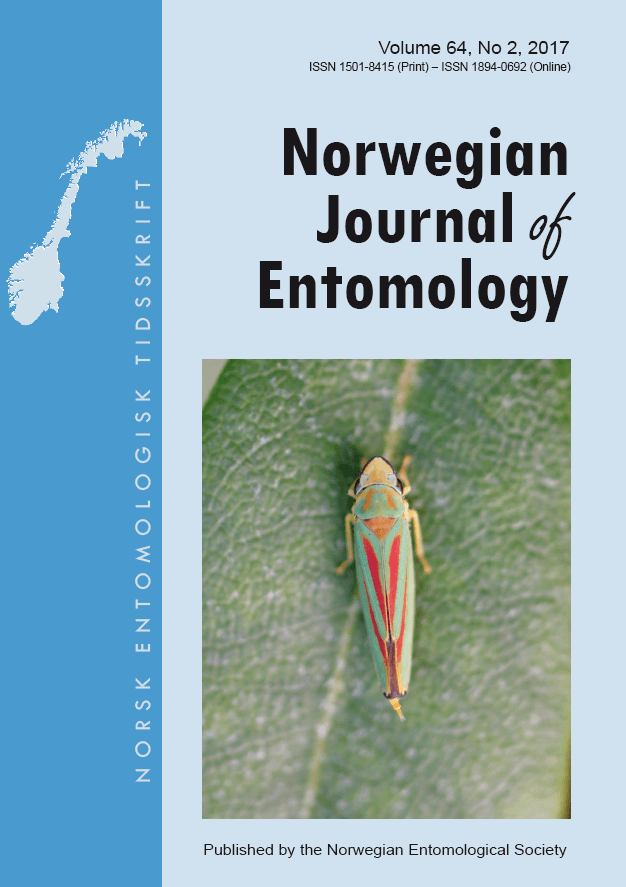 Aulacigaster pappi Kassebeer, 2001 is recorded for the first time from Norway. One female was caught in a Malaise trap in a rich fen surrounded by mixed forest dominated by spruce in Hedmark, eastern Norway. Comparison of the DNA barcode with records in the BOLD database confirmed the identification of the species. This is the second species of the family Aulacigastridae to be found in Norway.

Zielke, E. 2017. Description of a new species of the genus Mydaea Robineau-Desvoidy, 1830 (Diptera, Muscidae) from Sweden. Norwegian Journal of Entomology 64, 76–81.

Mydaea forsslundi sp. n. is described from Sweden and compared to similar species of the genus from the Palaearctic Region. The species is unlike the majority of the darker Mydaea-species, conspicuously yellowish coloured and it is one of the smaller species of the genus. Apart from the colour and body size M. forsslundi is also distinguished from the most similar species by long prealar seta and aristal hairs which are only about half as long as width of postpedicel. The number of species of Mydaea recorded from Europe is raised now to 21 species.

Nine species of carabid beetles (Coleoptera, Carabidae) were pitfall-trapped during two years in an alpine glacier foreland of southern Norway. A two-year (biennial) life cycle was documented for Nebria nivalis (Paykull, 1790), N. rufescens (Ström, 1768), and Patrobus septentrionis Dejean, 1828. This was based on the simultaneous hibernation of larvae and adults. In P. septentrionis, both larvae and adults showed a considerable activity beneath snow. A limited larval material of Amara alpina (Paykull, 1790) and A. quenseli (Schönherr, 1806) from the snow-free period indicated larval hibernation. A. quenseli was, however, not synchronized with respect to developmental stages, and its life cycle was difficult to interpret. Measurements of claw lengths in eight species showed a considerable wearing during adult life. The data indicated that some individuals might hibernate a second time and thus experience two egg-laying seasons. Wearing of mandible tooth was not suited as age indictor in Nebria nivalis and N. rufescens, since some individuals hatched with a small tooth. Supplied with literature data, a “niche profile” is presented for each species. The most important ecological factors that contributed to niche segregation were: preference for vegetation-free ground, occurrence along the successional and time gradient, humidity or temperature preference, nocturnal versus diurnal activity, flight ability, food habits, phenology, and the ability to be active under snow.

The plant bug Megalocoleus tanaceti (Fallén, 1807) (Hemiptera, Heteroptera, Miridae) is reported new to Norway. It has probably colonised the county Østfold from Sweden. Since the species is morphologically similar to two other Miridae living on the host plant Tanacetum vulgare L., a short identification key is presented to separate M. tanaceti from M. molliculus (Fallén, 1807) and Oncotylus punctipes Reuter, 1875. The Norwegian distribution of the three species is given.

A male specimen of Dryadaula heindeli Gaedike & Scholz, 1998 (Lepidoptera, Dryadaulidae) was found in western Norway in Møre og Romsdal at Averøy: Rokset in August 2017. The circumstances of the record, the species’ biology and geographical range are outlined. Figures of the moth and its genitalia as well as its habitat are given. 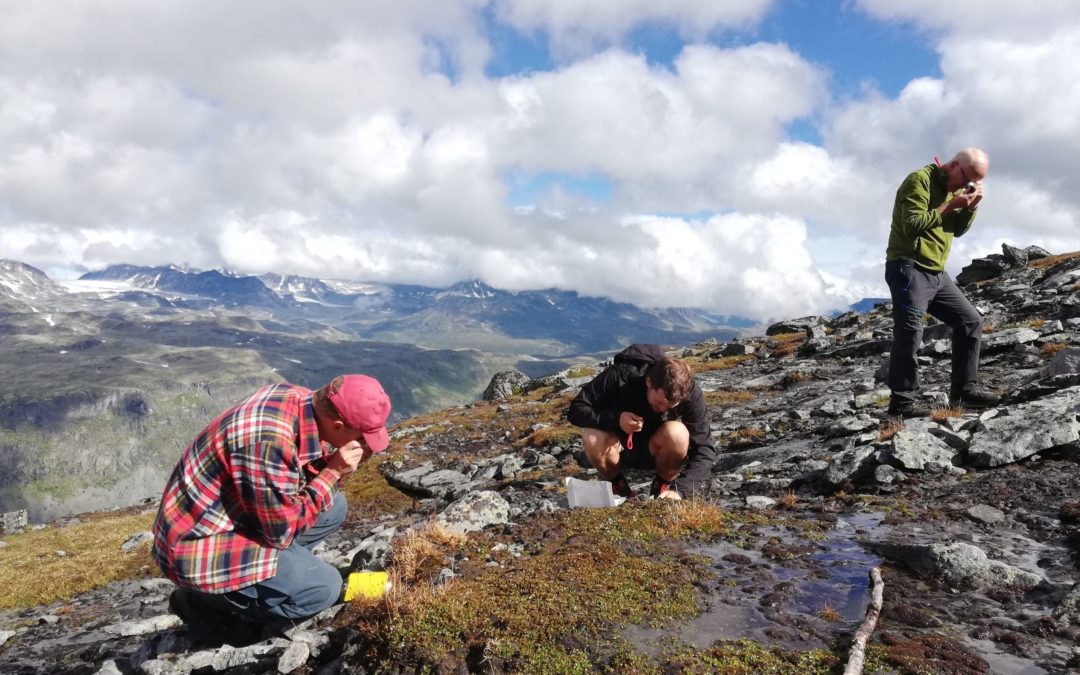 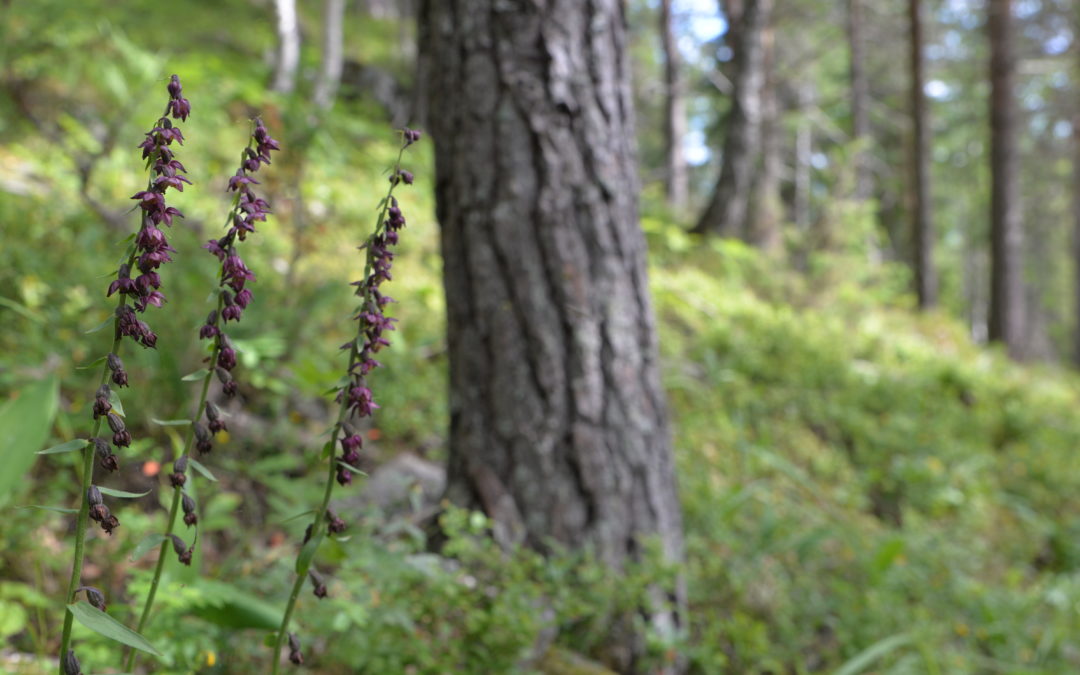 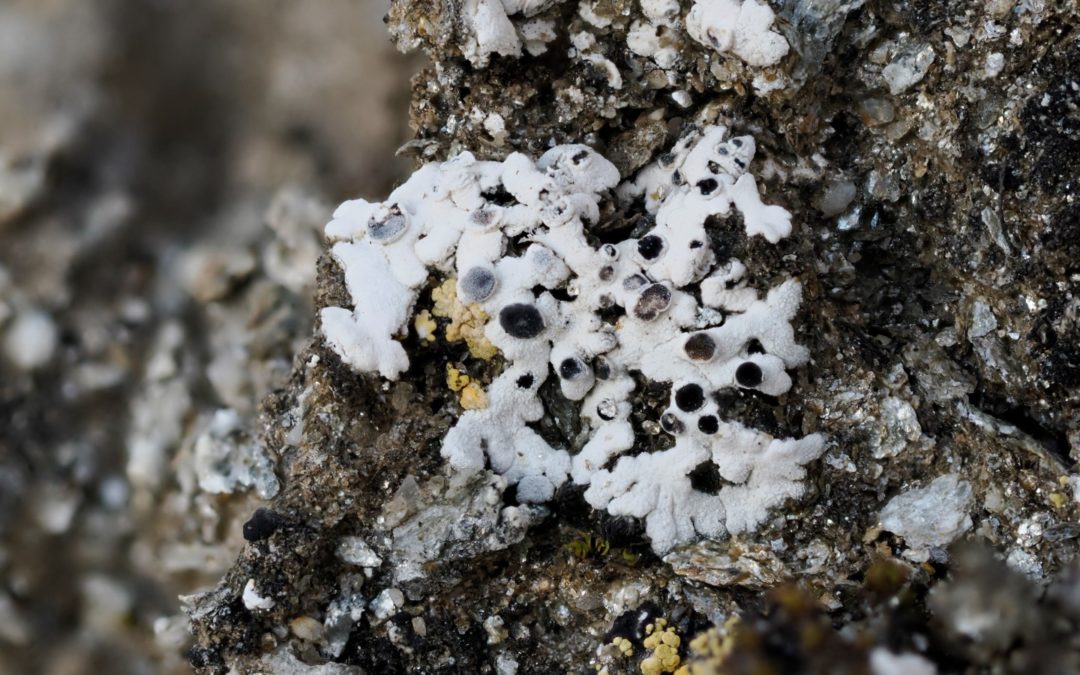